This is part 3 in a series.

Nuclear energy – which today means nuclear fission – currently supplies 14% of the world’s electricity. At present 450 nuclear power reactors are in operation world-wide, and 52 new reactors are under construction. In 2019 four reactors went on line: two in China, one in Russia and one in South Korea. A total of 15 reactors are scheduled to begin operation this year, in China, India, Japan, South Korea, Russia, Belarus, Slvoakia and the United Arab Republic.

This looks impressive, but the new capacity is hardly enough to make a dent in global CO2 emissions. It does attest to the fact that nuclear energy – despite the accidents in Chernobyl and Fukushima – continues to be regarded internationally as a reliable and economical source of electricity, having a large potential for future expansion. With available uranium and thorium breeding technology – assuming it were used on a large scale – the amount of economically exploitable fuel resources would be enough for nuclear energy to provide the equivalent of entire present consumption of electrical energy for centuries.

Could nuclear power be expanded rapidly enough to eliminate the use of fossil fuels for electricity generation in the foreseeable future? Practically speaking, it would be sufficient to have nuclear reactors generate 75-80% of electricity requirements, if renewable sources were used in a rational way.

Today approximately 75% of France’s electricity is produced by nuclear plants. The emission of CO2 per unit of electricity generated is one of the lowest in the world. (The very lowest rates are achieved by countries with large amounts of hydroelectric resources.) France’s achievement came about primarily because of the 1973 oil crisis, which laid bare the vulnerability of the French economy to disturbances in its external supply of energy. The slogan went around: ”We have no oil, but we have ideas.”

In a speech on national television in March 1974 French Prime Minister Pierre Messmer announced an ambitious plan to make nuclear-generated electricity the foundation of the nation’s energy system. He declared “France has not been favored by nature in energy resources…. There is almost no petroleum on our territory, we have less coal than England and Germany and much less gas than Holland…. Our great chance is electrical energy of nuclear origin…. We will give priority to electricity and in electricity to nuclear electricity.”

Following the Messmer Plan, France’s nuclear power expansion proceeded at a rapid pace. During the 1980s, 44 new nuclear power stations went on line – an average of 4 per year. Nearly all were standardized in design, with two basic types producing 900 and 1300 MW of electric power each. Standardization reduced costs greatly, and construction times for most of the plants were between 5 and 7 years.

In less than 15 years the percentage of electricity generated from nuclear plants rose from about 7% percent in 1975 to over 75% in 1990. The result was overall an economic success, and it enjoyed broad support in the population.

What can we learn from France’s mobilization for nuclear power following the 1973 “oil shock”? I see no reason why something similar could not be done on a global scale, if governments were to adopt suitable policies. The notion that nuclear energy could usher in an era of CO2-free energy production is by no means a utopian dream. That applies at least to electricity production, which is presently responsible for about 40% of global CO2 emissions globally.

The irony of the situation is that the environmentalist movement is to a significant extent responsible for the continued dependence on coal and gas power plants.

It is quite conceivable that we would have had practically CO2-free electricity today if it had not been for the intense campaigns against nuclear energy, mounted continuously for over half a century in the United States and Western Europe.

Although there are  good reasons to be concerned about the safety of nuclear power plants – reasons we will discuss – the political opposition to nuclear energy has on the whole been characterized by ideology and hysteria rather than rationality.

In my view the rational response to the accidents in Chernobyl (1986) and Fukushima (2011) would have been to demand fundamental innovations in the design and operation of nuclear power plants – such as those I shall describe later – rather than attempting to block the development of nuclear energy altogether.

One should note that, even taking Chernobyl and all the other nuclear accidents into account, the losses of human life attributable to the use of nuclear energy for power generation have been negligible in comparison with the human cost of generating equivalent amounts of energy from fossil fuels. The magazine Der Spiegel makes exactly that point in the quoted article.

As far as renewables are concerned, the human costs are hard to evaluate, but they certainly much higher than those of present-day nuclear energy. The reason is obvious: the very large number of units needed for a given output. At present there are about 350,000 wind turbines operating world-wide, a substantial portion of which are mounted on towers rising 100 meters or more above the ground. Common sense tells us that accidents will constantly occur during the construction and maintenance of such structures.

Worldwide media reports monitored by the National Wind Watch reveal a steady stream of injuries and fatalities, no doubt underreported by a large factor. The wind power industry is not required to report accidents.

The installation and servicing of millions of rooftop solar panels is another significant source of injuries and fatalities connected with so-called renewable energy sources.

The lesson here should be that there are no perfect, “soft” solutions; there is no way to produce energy on the scale the world requires without incurring risks and losses. These must be weighed seriously, in a rational manner. Efforts to reduce energy consumption also entail risks and losses.

It is encouraging to see that a number of leading environmentalists, who were previously passionately opposed to nuclear energy, have since changed their attitudes. For example Baroness Brynoy Worthington, a co-author of the Climate Change Act in Great Britain and later director of the European branch of the Environmental Defense Fund, has become a prominent supporter of the molten salt reactor.

Nuclear power is an extraordinarily complex, capital-intensive technology. So great are the scientific and technical challenges of mastering nuclear fission reactions as a power source that it is hard to imagine how civilian nuclear power would have emerged if not for the vast resources devoted to nuclear weapons development during World War II and the Cold War.

One can only marvel at the creativity, daring and technical virtuosity of the nuclear engineers and scientists in the 1950s and 1960s. A vast domain of applications of fission energy was studied with the help of experiments and prototype devices. Practically all the important ideas in the domain of nuclear energy – including the “advanced” reactor types being developed now – emerged in embryonic form in that early period.

Today it has become a habit to design and simulate reactors on computer screens, but never build them. In 1950s and 1960s, by contrast, progress went hand-in-hand with building real systems and studying their performance.

Unfortunately, in the transition to commercial electricity production by nuclear reactors, most of the innovative reactor designs developed in the early period, were dropped in favor of a single basic type: the light water reactor (LWR). Here the starting point in the West was the successful US Navy program to develop reactors to power submarines. Other reactor types, such as so-called fast breeder reactors, have so far played only a marginal role.

In retrospect the fixation on LWRs as the mainstay of civilian nuclear energy, to the virtual exclusion of other types, was a mistake. The main reason was cost-cutting in the field of R&D, more than intrinsic advantages of LWR reactors. Through lack of developed alternatives, nuclear energy became stuck with the limitations of LWRs. We need to correct this. 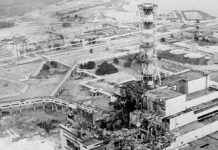 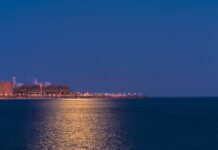 Concorso Coronavita vs Coronavirus – in aggiornamento: in coda i nuovi...

© comunicareadv.com
We use cookies on our website to give you the most relevant experience by remembering your preferences and repeat visits. By clicking “Accept All”, you consent to the use of ALL the cookies. However, you may visit "Cookie Settings" to provide a controlled consent.
Cookie SettingsAccept All
Manage consent